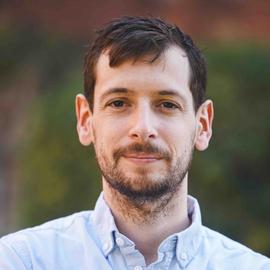 I am a Ph.D. candidate in Economics at UCLA with research interests in trade and spatial economics, environmental economics, and industrial organization.

In the past two decades, about half of the new homes in the United States were built in environmentally risky areas. Why is new residential development being exposed to such risk? I posit that land-use regulations restricting development in safer areas contribute to this pattern. I study this question in the context of exposure to wildfire risk in the metropolitan area of San Diego, California, where areas unexposed to risk are highly regulated and built out. I estimate a quantitative urban model using detailed spatial data on zoning, density limits, lot size restrictions, wildfire risk, and insurance. In the model, the regulations benefit landowners and reallocate the population to unregulated at-risk areas. These effects depend on estimated disamenities from wildfire risk, insurance access, and the spatial correlations between regulations, wildfire risk, and location amenities. I find that land-use regulations raise city-level rents by an average 28% and explain 7% of the residents living in fire-prone areas. The estimated present-discounted cost of wildfire risk is $14,149 per person, with existing regulations accounting for 10% of that cost. Over the next 40 years, as wildfire risk intensifies, the population grows, and the current land restrictions become more binding, the number of exposed residents will grow by 12%. The results show that institutions that restrain relocating out of harm’s way, such as land-use regulations, can limit adaptation to climate change.

Many countries utilize discretionary trade policies that target particular firms and products at particular times. Since they are often illegal under WTO rules, the ability to empirically study the drivers and consequences of these policies—and more generally to study hard-to-measure non tariff barriers—has been limited. We study the prominent protectionist experience of Argentina in the early 2010s, where we observe detailed records from a system of discretionary approvals affecting all imports. The restrictions varied across firms in a manner consistent with the government’s rhetoric of encouraging investment and exports. Restrictions also varied across time in an attempt to safeguard the current account, becoming more stringent for initially less-restricted firms when macro conditions worsened. Utilizing these sources of variation to instrument for the quantity restrictions imposed by the policy, we find that firm-level quantitative restrictions increased the prices paid by importers—contrary to the prediction of falling prices generating terms of trade gains from competitive models of trade policy. A trade model with bargaining matched to these responses reveals that high bargaining power of foreign exporters vis-a-vis Argentinian importers shapes the impacts of trade policy.